Get to Know Jesse
The Lucky Dog Podcast
hosted by Jesse! 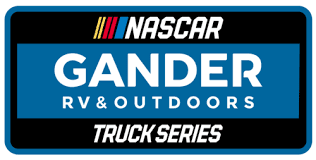 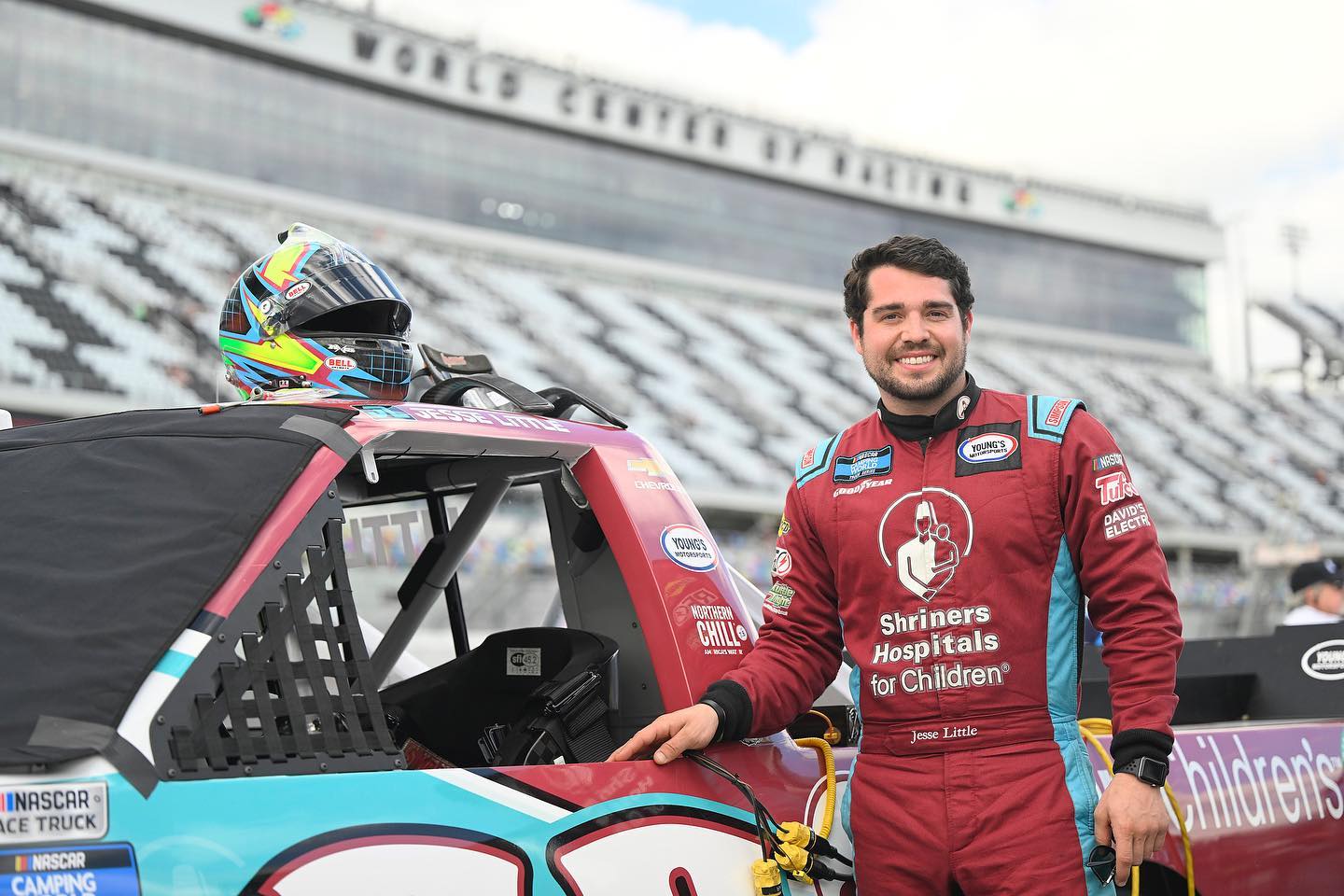 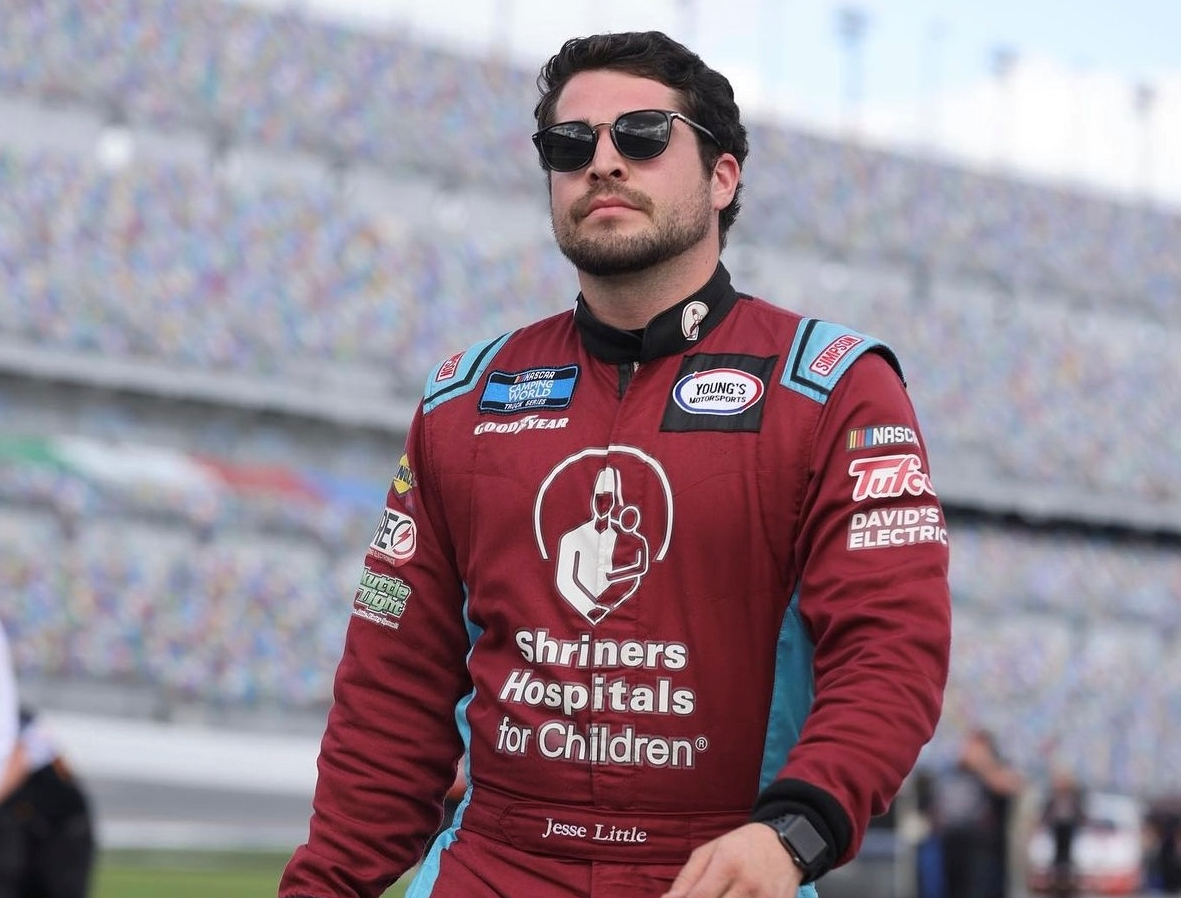 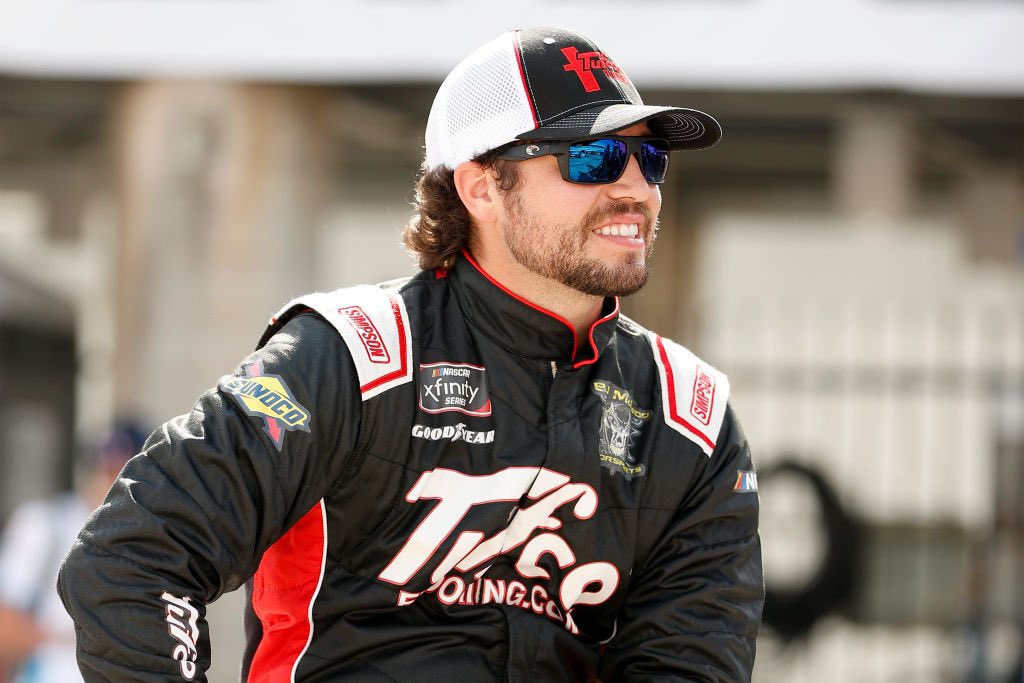 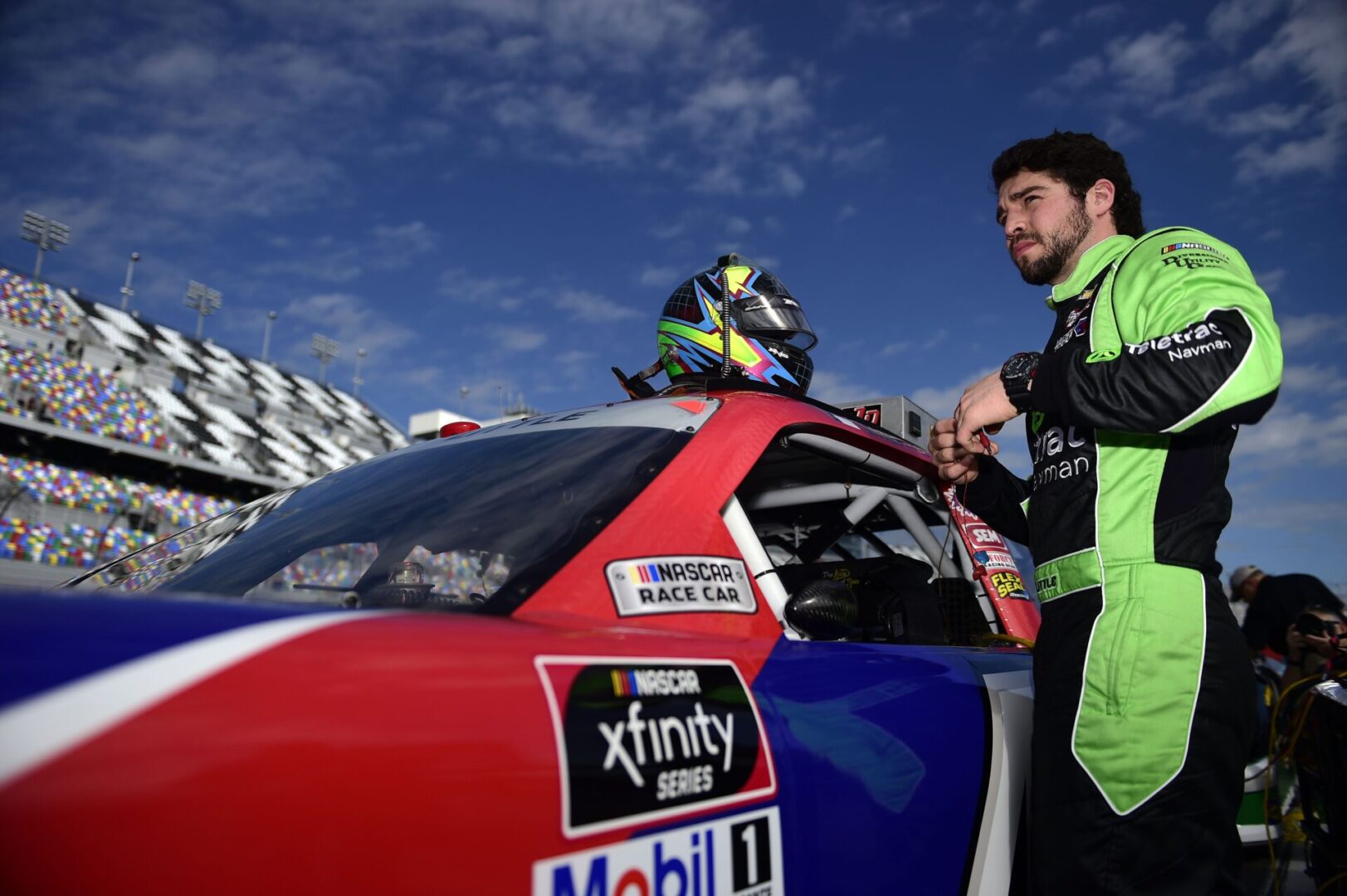 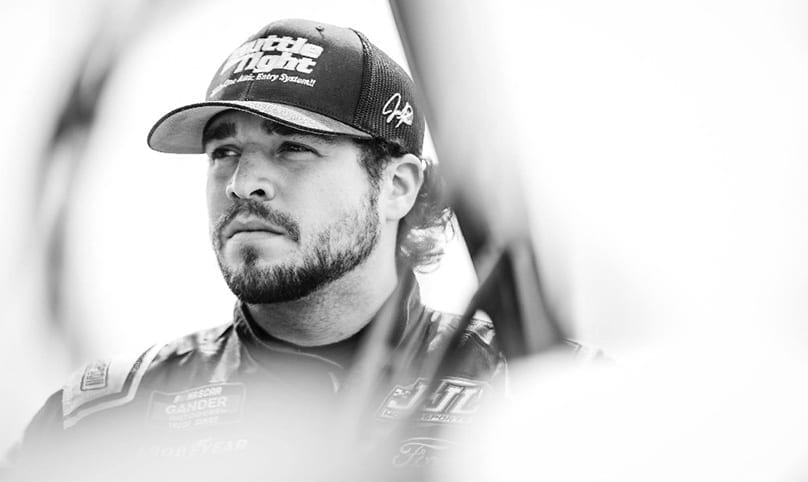 We would like thank everyone who participated in the Shriners Hospitals for Children patient awareness and fundraiser opportunities for 2021!    Our #GiveALittle Campaign was a huge success! Looking forward to bringing many more smiles to the kids in 2022! 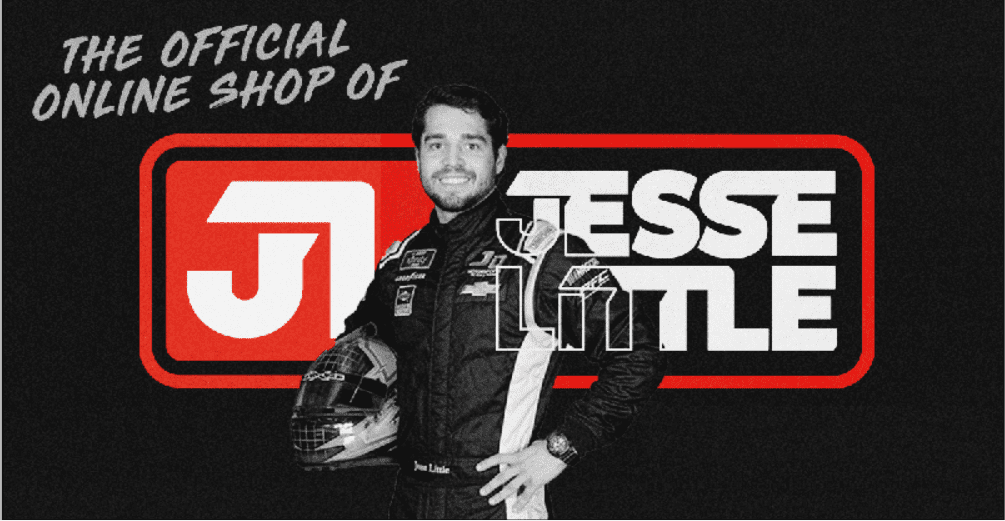 Jesse will race a limited schedule
in 2022, contingent on race sponsorship
Tentative 2022 schedule 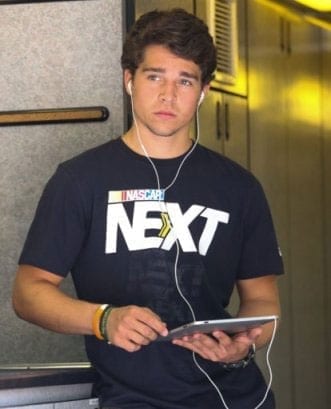 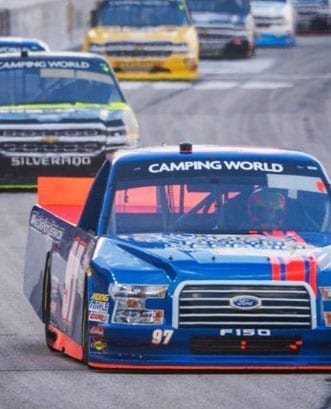 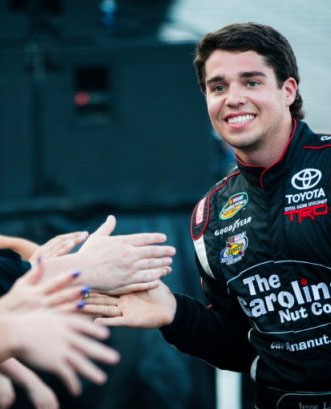 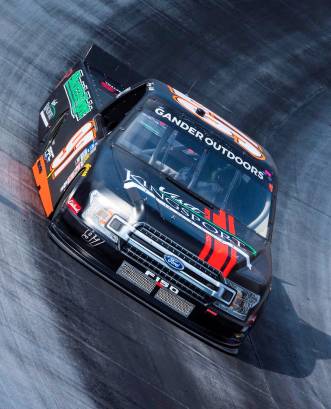 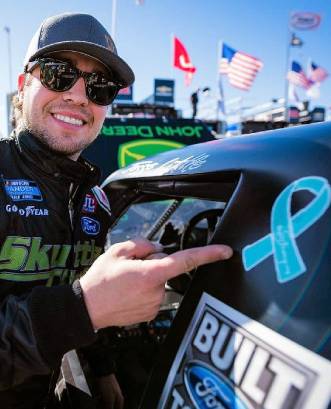 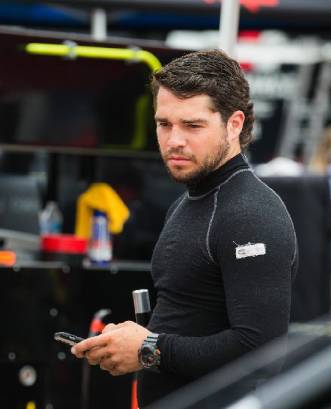 Get to know Jesse and his ultimate racing goal in NASCAR!

Drive Second to None Fuels Little

For Jesse Little, a 23-year old, who graduated from Bandys High School and is now attending college at UNCC, his future path is crystal clear:

He wants to be a professional race car driver. And with wins in NASCAR’s K&N Pro Series East at New Hampshire and Iowa, Little is well on his way to making that dream a reality.

“I’ve pretty much been around racetracks as long as I can remember,” said Little, “Some of my earliest memories are of my birthday parties at racetracks, when my dad was racing in the Cup series.”

For Jesse, being around racing from a young age afforded him the opportunity to develop a deep understanding of racing and race cars, and he’s translated that experience to success on the track.

"His drive and will are second to none"

Harold Holly has spent nearly three decades in the racing industry as the the Competition Director at GMS Racing. He has known Jesse Little since he was a child, and has played a key role in Little’s development as a racer.

According to Holly, Jesse Little’s rare ability to combine an unyielding desire to win, an analytical approach to racing decisions, and an unmatched work ethic is what separates him from the competition. “He has so much drive, he’s so athletic, his comprehension of the engineering aspects of the car – it amazes me,” said Holly.

If we are to judge an up-and-coming driver against his more famous father, then Jesse Little is leading. By a full straightaway.

Little's father, of course, carved out a nice career for himself as a driver. Chad Little made more than 200 career NASCAR Sprint Cup Series starts and perhaps is best-known for driving a John Deere-sponsored car owned by Jack Roush, but the native of Spokane, Wash., made his way to the Cup Series on his driving merit. Now his son, Jesse, is similarly using the NASCAR K&N Pro Series East as the launching point for his own driving career.

“Jesse's got a great feel for the race cars,” Chad Little said. “He's got a really methodical approach to the feel, and I think that's the key for young drivers. A lot of drivers can feel tightness and looseness, but he's got a feel for where in which corner it's happening in and how to change it. I think that's pretty unique.

I was never able to do that." Chad Little's influence goes beyond the drivers seat. "It's a unique perspective that goes far behind just being an involved father in the garage area." “I would think my perspective is quite a bit different.

I'm not an in-your-face dad, don't get in Jesse's face when things go wrong and I really try to stay positive,” Chad Little said. “He's definitely got the skill set to carry on in his career if the cards can fall in the right place. It's a long road, and you're going to crash, you're going to be involved in controversy. I've just tried to teach him to not let it bother him – and to try not to be on the receiving end of it too many times. It can be the most difficult of all the lessons to learn."

After winning the 2013 Sunoco Rookie of the Year Award in the K&N Pro Series East, Little was named to the 2014-2015 NASCAR Next class. The following year, Jesse was selected again to the 2015-2016 NASCAR Next class. NASCAR Next is an industry program that spotlights and develops emerging talent in the sport. Young drivers are only allowed to be in this prestigious program for 2 years before graduating as a NASCAR Next alumnus.

“Being a part of the NASCAR Next class was a huge honor,” Little said. “It opened so many doors, and seeing the success that other drivers who’ve come through the program have had, I feel very fortunate to have been a part of it." 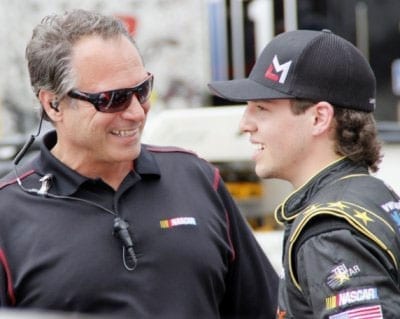 Little agrees that he’s adapted a more strategic approach to in-race decisions, considering the long-term consequences before making a move.

“I don’t see myself doing anything other than racing professionally, I want to make it to the top. It’s something that will take a lot of work and I’m willing to do it – I like the challenge.”

Read more about Jesse Little and race highlights throughout the years